The other day I was lucky enough to spend time with family in the Piney woods of Deep East Texas.  During that time I made a spear with my cousin Bradley and set off on a short romp around the woods.

While Bradley observed the process that was being demonstrated to him for the first time, I couldn't help but think of role that cultural transmission played in forming patterns of stone tool production throughout the archaeological record. The material record, those artifacts measured by archaeologists, are the “hard parts” of culture (Dunnell 1978) and may be seen as the skeletal remains of culture, akin to bones that are the representation of the human phenotype that survive after death. 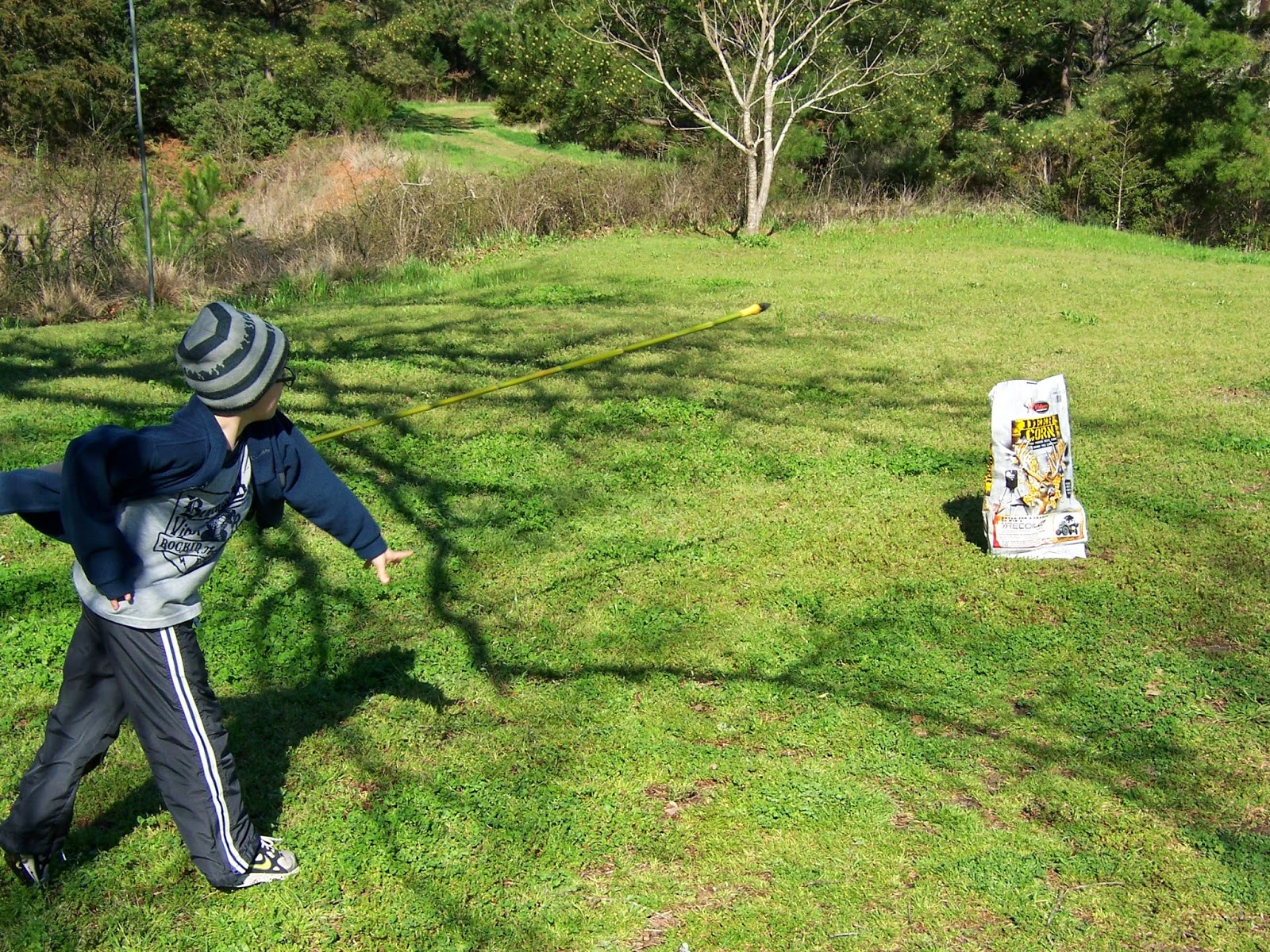 In the following study Eerkens and Lipo (2005) focus on the effect of small unintentional changes in the shape of stone points through unbiased transmission from parent to offspring (vertical transmission).  In each subsequent generation a 3% error rate in reproduction is added to the length of a projectile point and is then transmitted to the next generation in a Markov chain manner such that change could be simulated over time. The extent of error could be positive or negative for each generation, meaning potentially longer or shorter points from the previous generation could appear.  The likelihood for length error will behave in a stochastic manner due to unintentional error during unbiased transmission such that projectile length will have a random probability of distribution.  The authors model the process across 400 generations of 10 lineages and allow no interaction or borrowing (horizontal transmission) between traditions of manufacture.

The results (Fig 1) show that simple copying error during cultural transmission may cause traditions of manufacture to drift quite far from the original form and may increase or decrease slightly per generation (Eerkens and Lipo 2005:322).